The question is why does the government not focus more on keeping people out of prison – a more cost-effective and humane solution? Bernard Mitchell is trying hard to stay out of prison. He served 20 years for an armed robbery and murder, and ended up in Pollsmoor Prison in Cape Town where he joined the 26s, one of the feared number gangs that rule prison life in South Africa. The numbers are an extension of the various gangs that … Read more 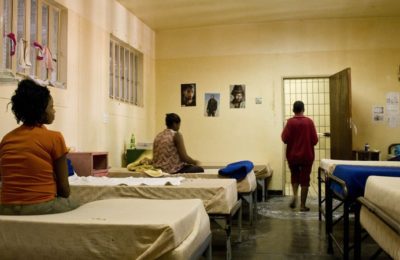 Ruth Hopkins’s second piece in her four part series on women in prison. She spoke to women incarcerated in Pollsmoor prison in Cape Town and Johannesburg Correctional Centre about how they ended up in prison and how they survive behind bars. This is one of their stories. I met Uche in 2010 when I was 19 years old. He was a handsome tall Nigerian man. We started dating and I fell in love. He made me feel so good and wanted. … Read more 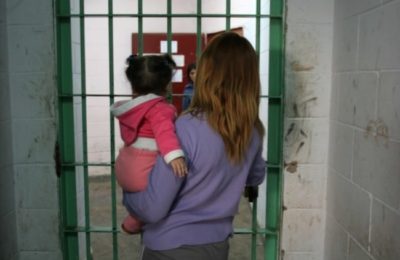 When women and crime end up in the same headline in South Africa, it usually concerns women who are victims of domestic violence and rape. But women also commit crimes and end up serving time in prison. WJP senior journalist Ruth Hopkins’ first piece in her four part series on women in prison. She spoke to women incarcerated in Pollsmoor prison in Cape Town and Johannesburg Correctional Centre about how they ended up in prison and how they survive behind bars. … Read more

Roughly 95% of the current 7 800 inmates at Rikers are people of colour. This reflects a national trend: in the United States, one out of three black men can expect to go to prison in their lifetime and African-American women are three times more likely to be jailed than white women. New York City’s jail has a long history of being a hotbed of inequality and abuse, which still lingers. “One day, I was walking through the receiving room and … Read more 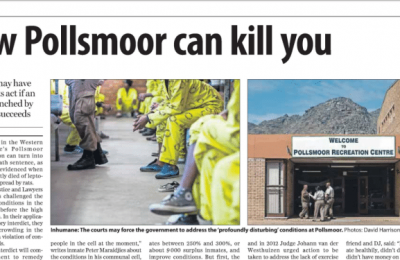 British security firm G4S, which runs Bloemfontein’s Mangaung prison, has denied lawyers access to a prisoner who claims to have been shot in the head with a rubber bullet by a warder. The reason given by the prison is that the inmate, BM (he cannot be named), doesn’t know the lawyers who work for the Legal Resources Centre (LRC). Several months ago, prisoner Captain Rampa contacted the Wits Justice Project about the plight of his friend and cellmate, BM. Rampa … Read more 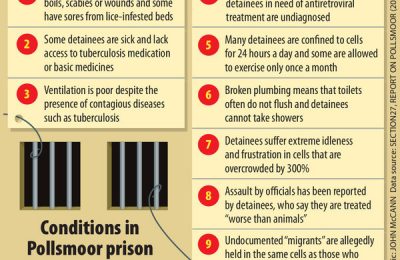 The next day, we visited Robert*. After his conviction in April, he was moved to the sentenced section of the prison. Hopes of a shorter waiting period at this part of Pollsmoor are dashed when a steady queue builds up at dawn, as the first sun rays pierce through the grey clouds above Cape Town. Six hours later, Robert appears on the other side of a chipped and grimy cubicle. Robert’s parents live in a run-down house in Mitchell’s Plain. … Read more 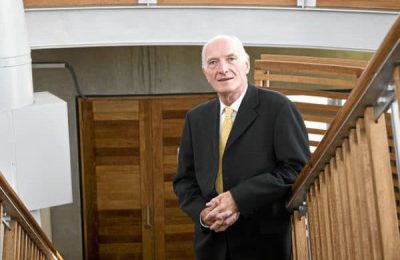 Justice Edwin Cameron has recently published a report on his visit to Pollsmoor Prison in April. He said he was “deeply shocked” by the “extent of overcrowding, unsanitary conditions, sickness, emaciated physical appearance of detainees”, and that the “overall deplorable living conditions were profoundly disturbing”. The inspection was part of the “prison visits and monitoring programme” of the Constitutional Court. Some of his findings include: Abominable conditions in the awaiting trial section of the prison. The visited cells were “filthy and cramped” … Read more The DCS took over Mangaung prison in October 2013, when security behemoth G4S lost control of the prison, amid a spate of stabbings and a hostage taking, which followed a protracted strike and dismissal of about two-thirds of the staff. In August last year DCS handed back the prison to G4S. The Minister of Justice, Michael Masutha, visited the jail shortly after the handover and stated that he was “very impressed with the state-of-the-art facility”. But Masutha made no mention … Read more